Grand Theft Auto: San Andreas takes place in 1992 within the state of San Andreas, which is based on sections of California and Nevada. It comprises three major fictional cities: Los Santos corresponds to Los Angeles, San Fierro corresponds to San Francisco, and Las Venturas corresponds to Las Vegas. The environments around these cities are also based on settings within the Southwestern region of the United States. Players can drive up the half-mile (800 m) tall Mount Chiliad (based on Mount Diablo), parachute from various peaks and skyscrapers, and visit 12 rural towns and villages located in five counties: Red County, Flint County, Bone County, Tierra Robada, and Whetstone. Other notable destinations include Sherman Dam (based on the Hoover Dam), a large secret military base called Area 69 (based on Area 51), a large satellite dish (based on a dish from the Very Large Array), Vinewood (based on Hollywood) and the Vinewood sign (based on the Hollywood sign) which is located in Mulholland, and many other geographical features. The bridges in San Fierro are based on the Forth road and rail bridges which link Edinburgh, the home of Rockstar North, to Fife although the road bridge is highly similar to the San Francisco–Oakland Bay Bridge. San Andreas is 13.9 square miles (36 square kilometres), almost four times as large as Vice City and five times as large as the Grand Theft Auto III rendition of Liberty City. The three cities are linked by numerous highways, a train system, and air travel. While its predecessors' areas were limited to urban locations, San Andreas includes not only large cities and suburbs, but also the rural areas between them. 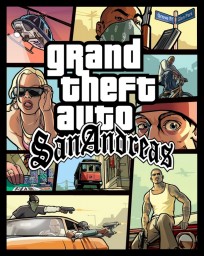 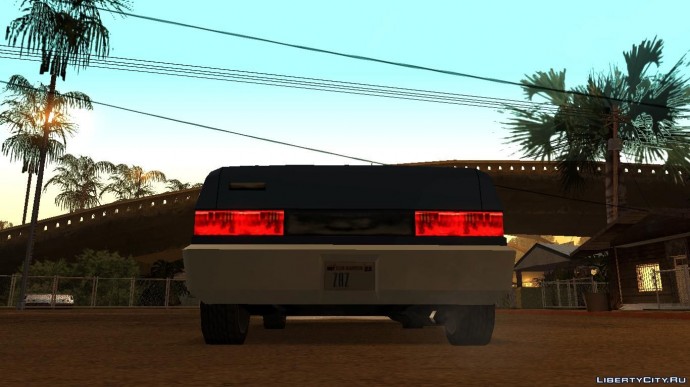 The following cheats were not implemented:
* Drive On Water
* Do Nothing
* Hookers Pay You

Unlock pimping mission:
Enter a broadway (low-rider vehicle) and press R3. Drive the
prostitutes to their destinations for big cash. After the tenth
«trick» prostitutes PAY you rather than you paying them.

Unlock Super GT:
Get all Bronze medal in Driving school.

Unlock Dune Buggy:
Beat the score of 25 at the Dirt Ring.

Unlock Hotknife:
Get all gold medals in the Driving school.

Unlock NRG 500:
Get all gold medals in Bike School. This bike can be found quite
easily in a car park near the Johnson house.

Unlock Rustler:
Get all Bronze medal in pilot school.

Unlock Freeway:
Get all Bronze awards in Bike School.

Unlock Monster Truck:
Win it by beatin the 8-Track Tournament.

Unlock Stunt plane:
Get all silver medals at the pilot school.

Unlock Ak-47 to spawn in the Johnson's Family Home:
complete all 100 tags in Los Santos.

Unlock Tec-9 to spawn in the Johnson's Family Home:
complete all 100 tags in Los Santos.

Unlock Sawn-Off Shotgun to spawn in the Johnson's Family Home:
complete all 100 tags in Los Santos.

Unlock Molotov Cocktails to spawn in the Johnson's Family Home:
complete all 100 tags in Los Santos.

Play POOL in San Andreas without cheats/mods:
Go to lil' probe inn; its a small area near the restricted area in the
middle of the map (of san andrias).use map to locate this area.

You'll find there a restaurant/road side inn' where you can play
pool over bets. ITs really an amzing experience; also there u'll get
some pics of the famous UFO landings etc.

On other platforms and consoles:

—
1047
RSS
No comments yet. Be the first to add a comment!
Log in or Register to write comments